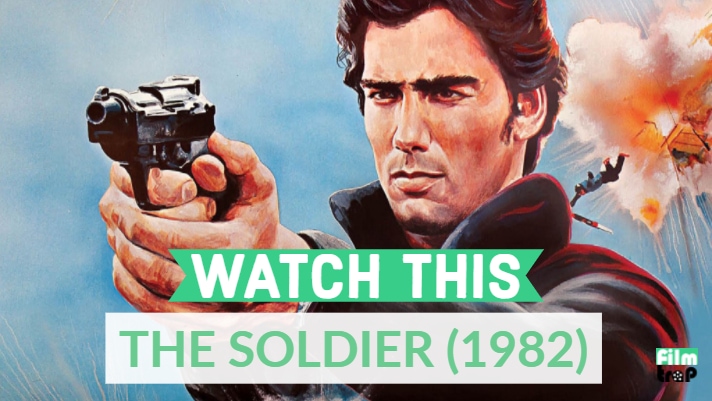 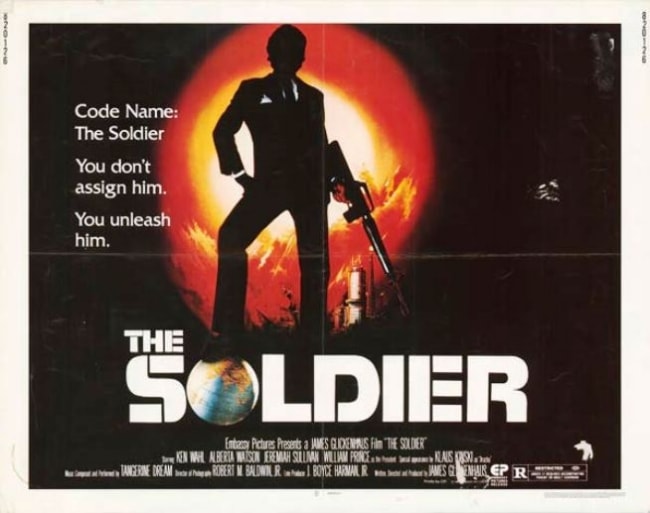 The Soldier is a John le Carré style cold-war spy story shot as a mood thick procedural punctuated by moments of hyper-violence (Featuring James Bond). It’s as if Soderbergh made an action film in the early eighties and Sam Peckinpah shot the second unit.

For a long time, I’ve believed that the films of writer/director/producer James Glickenhaus often had some great scenes but didn’t hold together. Yet, over time I’ve allowed myself to warm up to his particular grindhouse sensibilities tinged with arthouse touches. He’s still a shaky structuralist, which sometimes cripples his attempts at straightforward action pictures (Like Jackie Chan’s disappointing American debut The Protector), but The Soldier is off the wall enough to grab me. 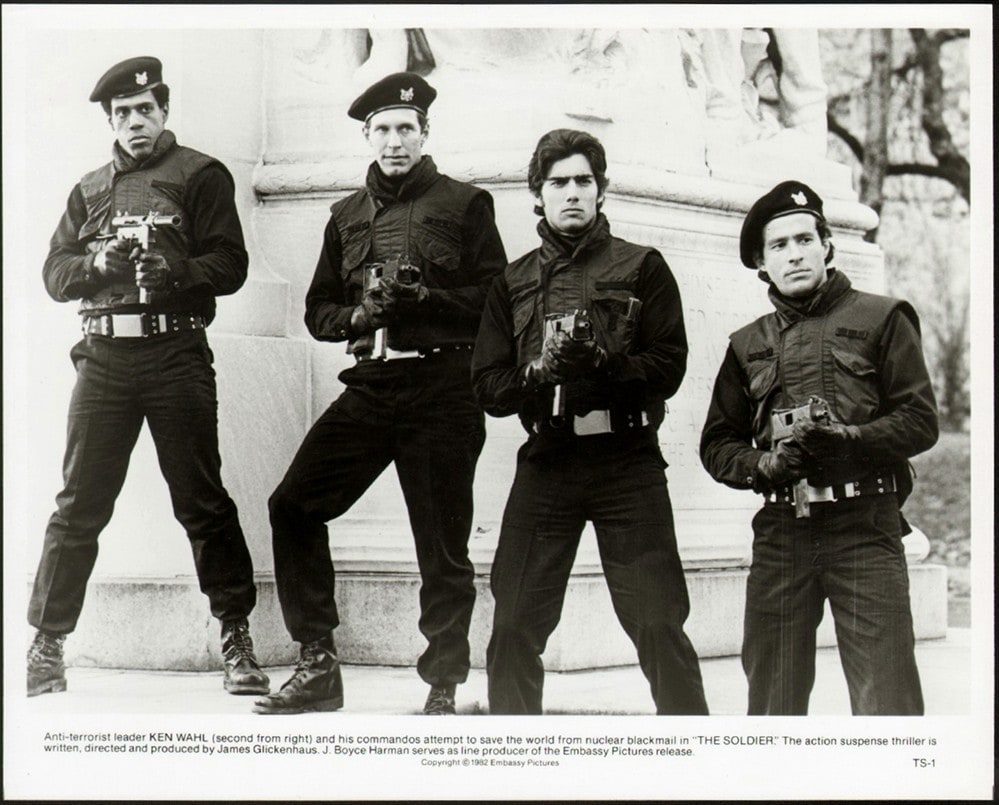 opens with a jaw-dropping stunt, goes through thirty minutes of international table setting, and then introduces the hero (played by the super cool stoned faced Ken Wahl), before scattering its plot into a half a dozen direction (there’s a heist, betrayal, team building). At one point, we watch a spy (who never returns) meticulously go through every step of setting up a lightbulb bomb, a sequence that was banned in the UK because it was so precise. I remember being disappointed during my first viewing because the film sets up a lot of cool stuff, like Steve James as a martial arts butt-kicker, and then never delivers on them in a climactic fashion.  This time, with my expectations in check, I found The Soldier a mesmerizing action experiment helped immensely by a groovy Tangerine’s Dream score and it’s razor sharp cinematography. Glickenahus captures his brief bursts of violence in beautifully exact slow motion and never loses control of his rhythmic editing scheme. There’s a great ski chase that ends in an Uzi shoot ’em up, a honky-tonk bar fight, and a climactic car chase that climaxes with one hell of a crazy jump.  It still doesn’t have the most satisfying of finales (No gunfights or fistfights!?), but I was genuinely surprised at how the threat ended up being neutralized. It’s the kind of picture that could only have been made by a man was paying the tab.

The film is currently available on a brand-new Blu-Ray from Kino which features a beautiful transfer and two commentary tracks: One with Glickenhaus and another with a film critic.

You can buy it here! 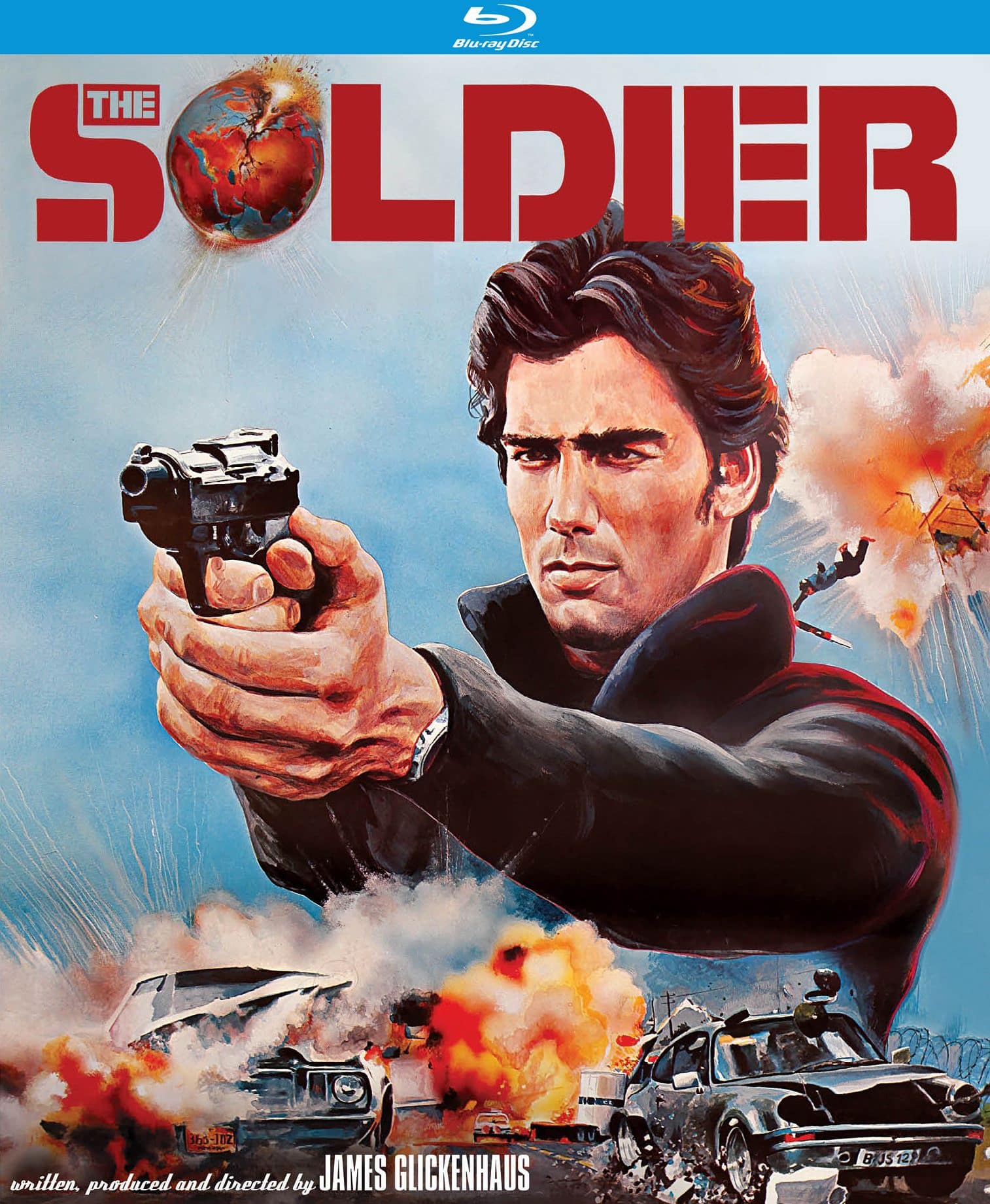