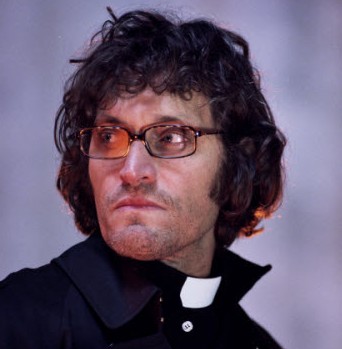 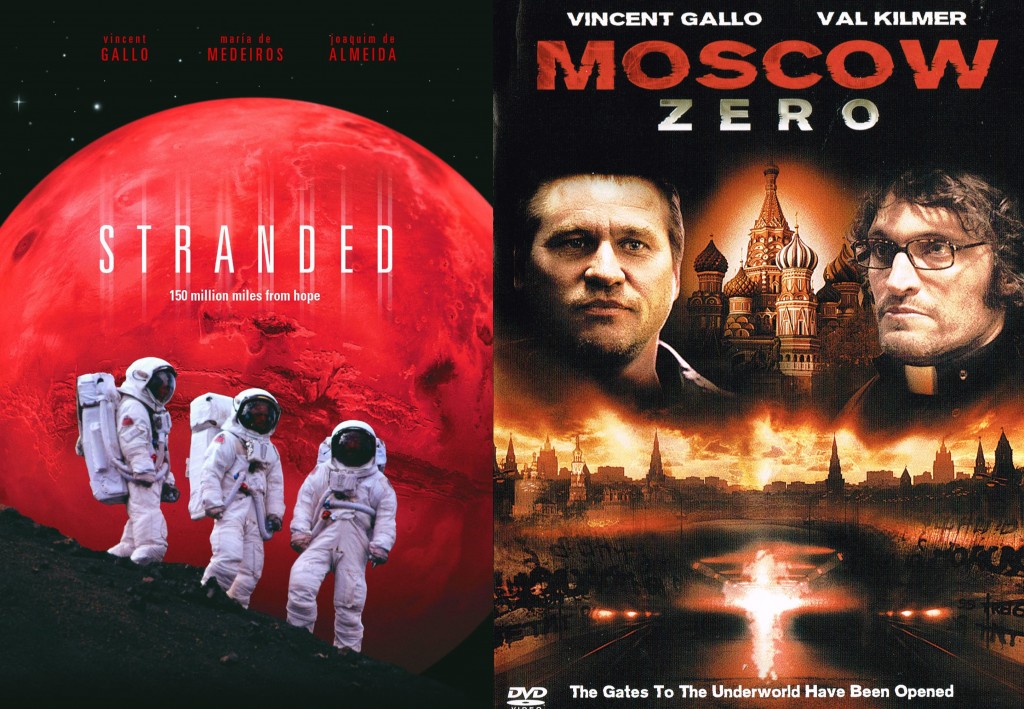 Cinematic artist and all-around Renaissance man Vincent Gallo once said, “Europeans are animals” and “I don’t relate to those monkeys”. I’m pretty sure this had a lot to do with how The Brown Bunny was received at the Cannes Film Festival, yet it was still puzzling when you consider that a good chunk of his performances have been for European filmmakers, including fruitful collaborations with Emir Kusturica (Arizona Dream), Claire Denis (Nenette et Boni, Trouble Every Day), Mika Kaurismaki (L.A. Without a Map), and Jerzy Skolimowski (Essential Killing). Even his last starring role four years ago was in The Legend of Kaspar Hauser, a bizarre looking Italian flick where he plays a DJ and sheriff of a Mediterranean beach community. Gallo may be “a super American – Captain America”, as he says, but it’s fair to say that some of his best work has been done in Europe. (Although can someone please get on a Vincent Gallo Captain America movie please?)

And then there are the two movies he made with the Spanish director known simply as Luna – 2001’s science fiction adventure Stranded and 2006’s supernatural horrorMoscow Zero. Both of these films are honestly among the worst I’ve ever seen in my life but there are definitely some intriguing ideas underneath all the crap. Let’s break ‘em down…

In Stranded, an international space crew has just arrived to Mars, but in the process of landing on the red planet, they crash and destroy most of the ship’s functions and the Commander of the mission is killed. The pilot up in the mothership (played by Johnny Ramone in his one and only film role!) goes back to Earth for help but since a rescue mission will take at least three years to arrive and their supplies won’t last nearly that long (and I guess they lack Matt Damon’s cool science tricks), the remaining five crew members must figure out what the hell they’re going to do. They consist of engineer Luca (Gallo), doctor Jenny (Maria de Medeiros), astrobiologist Fidel (Joaquim de Almeida), geologist Herbert (Danel Aser) and pilot Susana (played by the director under her real name María Lidón), who takes over as Commander. 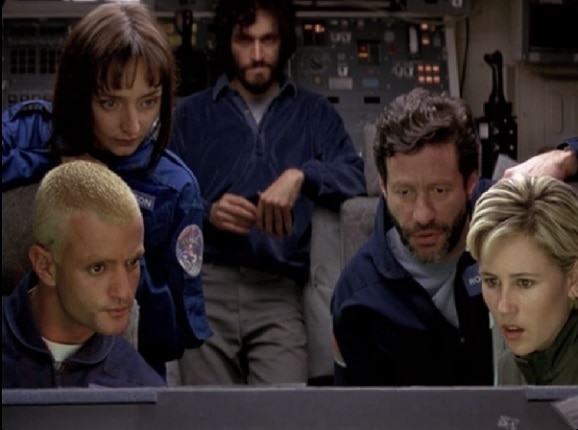 There are a few moments where it seems like Stranded might become a poignant meditation on facing your own mortality and dealing with the suffocating isolation of being trapped on another world but, mostly, it just feels like Luna went to see a double bill of Mission to Mars and Red Planet the year before and became inspired (and really, who wouldn’t be?). On an estimated budget of $4 million, she tries her best to make an expensive-looking space opera but can’t disguise a cramped interior spaceship set that just seems like one room shot from a bunch of different angles to make it look like multiple rooms or scenes on Mars that were shot in the desert and then simply tinted red.

The problem here is the script, however, not the low budget. If it was written in screenwriter Juan Miguel Aguilera’s native Spanish, I’m sure it would have been fairly coherent but the decision to make the movie in English means the dialogue is largely awkward and fractured. Almost every conversation is just describing what’s happening, as if the action and the dialogue parts in the script were interchangeable. Additionally, both the director’s and Danel Aser’s voices are dubbed over by what seems like a couple of monotonous computer programs, only adding to the hilarity.

Any attempt at pathos or excitement is just dragged down by the banality of everyone’s lines.

But if there’s one reason to sit through this, it’s our main man Vince. I don’t really know what he’s doing acting-wise in this movie, but I know that I like it. When we’re first properly introduced to his character Luca, he’s high-fiving his crewmates and enthusiastically saying “Good job” for surviving the crash landing (nevermind that the Commander is dead) before abruptly becoming the crew’s biggest buzzkill about their predicament for the rest of the film. I wouldn’t say Gallo has much chemistry with any of his cast mates here, and yet he’s still fascinating to watch as he whines and complains only as Vincent Gallo does best. In one particular scene that feels like he wrote himself, Luca unsuccessfully tries to convince Jenny to have sex with him so that they can enjoy some final moments of happiness. It’s a hilariously pathetic moment that would be gold in a different film. If anything, it seems like he’s having fun being an astronaut and I can certainly get behind that. 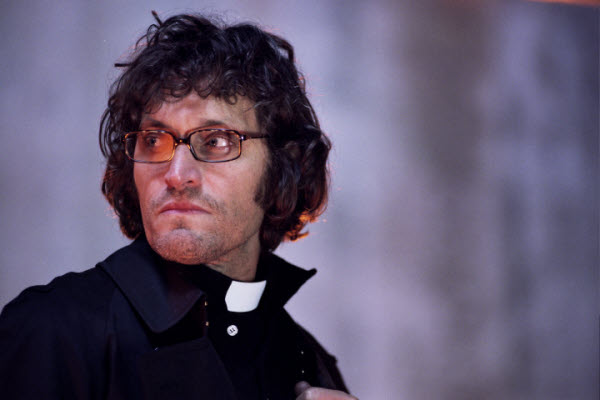 He must have had some level of fun because five years later, Gallo and Luna would reteam for Moscow Zero. In this one, he plays a priest named Owen who travels to Moscow to find his missing anthropologist friend Sergei (played by Rade Serbedzija). After finding out that Sergei was researching the existence of demons and a rumoured entrance to hell beneath the city, Owen takes a rescue team into the underground caves and catacombs where Sergei was last seen headed. The rest of the movie is spent wandering around dark corridors and occasionally bumping into a ghostly girl, who has something to do with some convoluted backstory, and Val Kilmer, who plays the leader of a group of people who live in this underworld.

Now while this initially sounds like the greatest movie ever, there’s unfortunately far too little of Val Kilmer with a Russian accent and far too much of the aforementioned wandering through dark corridors. Honestly, I could barely even see half of this movie because it was so goddamn dark and I definitely fell asleep at least four separate times (it’s only 82 minutes long). It feels like you’re stuck on a level of a video game that you’re never ever going to beat. Luna tries to art things up with some flashy edits and jumpy camerawork but there’s just only so much you can do with those corridors. 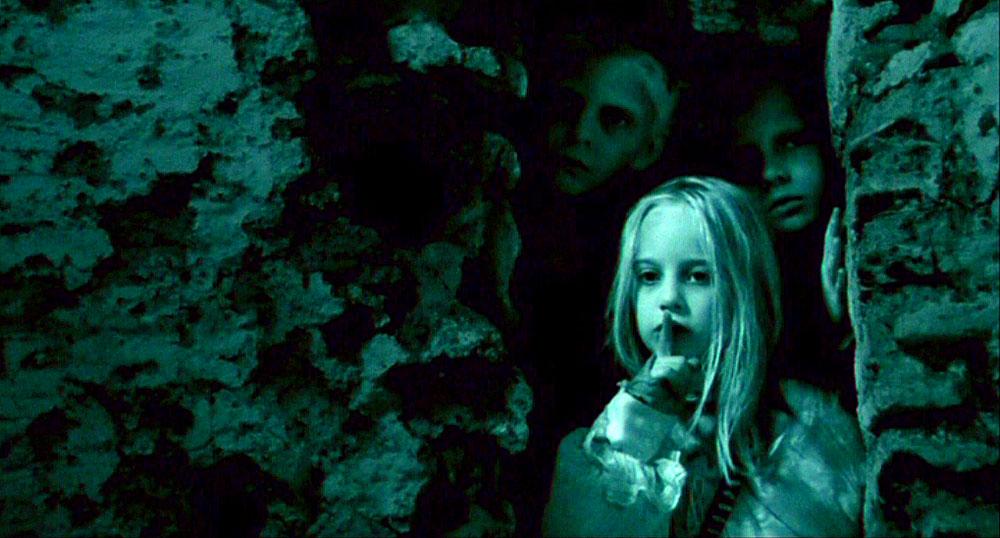 Even Vince can’t save this one. He actually looks bored through most of it, as if he realized early on that this was going to be a huge waste of time and then just emotionally checked out. Although apparently there wasn’t very good air circulation down in the tunnels where they were filming, so maybe he just couldn’t breathe.

Gallo and Luna haven’t worked together again since. On the other hand, Gallo and Kilmer are still good friends who apparently hang out together. That’s the most important thing of all.