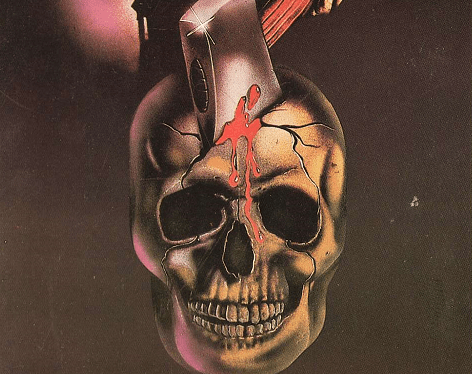 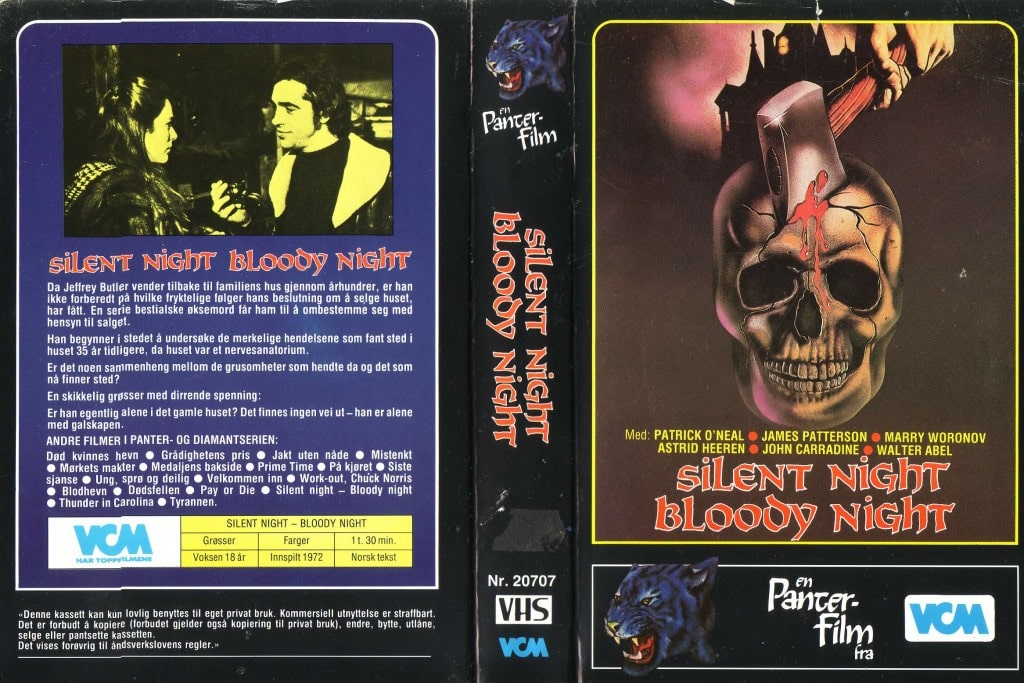 SILENT NIGHT, BLOODY NIGHT is a nice Christmas surprise. A Gothic tinged holiday horror that’s a precursor to all the season’s classics (BLACK CHRISTMAS, SILENT NIGHT DEADLY NIGHT) and to the slasher trend as well.

The plot deals with a young woman (played by the lovely Mary Woronov) that meets up with an escaped mental patient (James Patterson) who wants to get to the bottom of what’s going on at his late grandfather’s (who burst into flames years before) spooky mansion. At the same time, the creepy local townsfolk (which include a silent John Carradine) seem to be invested in the mansion and have a secret that must not get out. Plus, a black gloved killer (showed only in POV’s) is whispering creepily over phone lines and brutally murdering townsfolk. Who is the killer? What is the mystery of the mansion? Is there a Killer Santa Claus in the film? Sadly, I can answer the last one with a resounding no.

There’s a lot of reasons why BLOODY NIGHT has faded into obscurity. For one, it’s not the typical slasher (coming way ahead of the trend) and its style could be called art horror along the lines of films like MESSIAH OF EVIL (1973). There’s a lot of off kilter angles and an ingenious use of depth in the frame. The POV murders are interesting in their construction (if a little wobbly technically) and the thrills are minimal, but the mood is thick and dread filled. Secondly, it’s a hell of a convoluted story. The protagonists don’t really come to the forefront until deep into the running time and when you finally go “Oh, so they’ll take the reigns” things shift into lengthy flashback that explains what the heck is going on. The flashback (which I will leave vague for the sake of surprise) is a  short film wonder where nothing really happens, but is a tour the force in weirdo black and white photography. Thirdly, the film’s release history is an absolute mess. It was originally released by Canon films in 1972 under the BLOODY NIGHT title before being regurgitated as DEATH HOUSE and NIGHT OF THE DARK FULL MOON. Finally, it lapsed into public domain and was aired endlessly as late night horror host fodder before being banished to bargain bin VHS/DVD purgatory. It’s still impossible to find a good looking version of the film, but I’d argue that the roughed up copies floating around actually add to the film’s grotty atmosphere.

You can actually watch the film on Youtube HERE. It’s not a crowd pleaser, but it will satisfy a horror hound’s fix on a chilly night.