A Short and Satisfying Fight with ‘The Final Master’ (REVIEW) 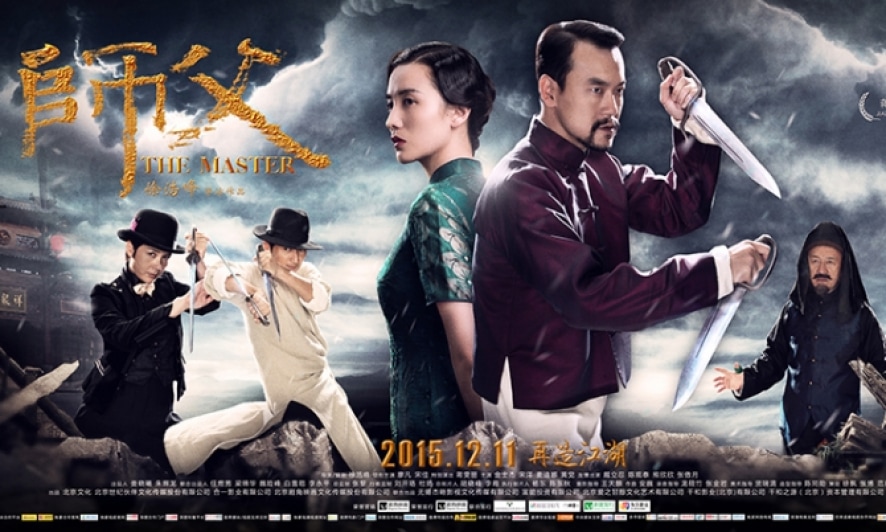 Lets be honest folks, it’s been pretty slim pickings in the world of martial arts cinema these days. SPL 2 and Indonesia’s HEADSHOT were barn burners, but they were  the exception to the rule. I still get excited when I see something like ‘Sammo Hung choreographed THE MONKEY KING 2 (from the director of SPL 2!) and I always leave the theater asking myself if there actually any fights in the movie (for the record there was a single one done all through CGI) Have we seen the last days of great Chinese Action cinema? Is it going to be bland buddy cop comedies from here on out? Should I simply put on the filmography of Stephen Tung on loop to relive the glory days?

The screenwriter of Won Kar Wai’s THE GRANDMASTER, he’s directed  two humorous ‘real life’ takes on the kung-fu film (THE SWORD IDENTITY and JUDGE ARCHER) that played the combat for clumsy dry laughs, but with THE FINAL MASTER he’s gone and made a straight up bad-ass martial arts film. It feels different and still packs in a dozen beat downs that I found immensely satisfying – even if some of them only lasted about ten seconds. 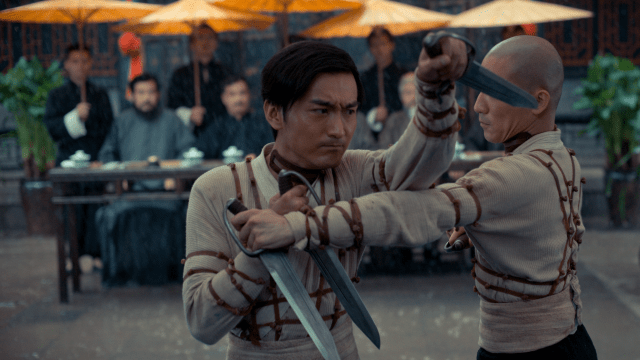 The story is a complex one in which a older wing-chung master (Lio Fan) wants to open a new dojo, but to do so he needs to defeat at least eight martial arts schools. BUT if he does that he will be banished for humiliating so many martial artists. You following? No. Oh boy, that’s only the beginning! In lieu of fighting himself, he take on a new student (Song Yeng) that will do it for him and a wife (Song Jia) to keep up appearances of sympathetic poverty. At the same time, his mentor (Jin Shi-Jye) is plotting his own plan to regain honor, and he’s being back-stabbed by the wife of a deceased master and…The story only gets more complex from there as rituals and unwritten rules keep rearing up their head and everyone’s motivations shift on a dime. It often feels like a TV series that’s been sliced down to only the important parts. Don’t blink or you’ll be absolutely lost.

Shot with small specific camera moves and rigorous use of sound, this is a type of authorial action cinema I haven’t seen in ages. Based on the trailer I dismissed the film’s deadpan shooting style (and short) fight choreography, but the truth of the matter is that its insanely complex and fits perfectly within its internal system. Every second of of screen time contribute to the martial arts dance that is the stories construction. It’s at once a dead-pan comedy in the style of the Coens, a complex tale of kung-fu intrigue, and a goofy old school beat’em up (with zooms!) It helps that the complex story pays actually has a simple tale of romance in its center with a little bit of revenge on the side.

THE FINAL MASTER  isn’t going to be everyone. I’ve already read tons of people complain about the film’s complex story (which it is) and lack of punch to the action scenes (disagree), but for die hard martial arts fans that want to see something different, this is a must watch. I’m excited to see what Haofen Xu does next.  Unsurprisingly, it’s a martial arts film. 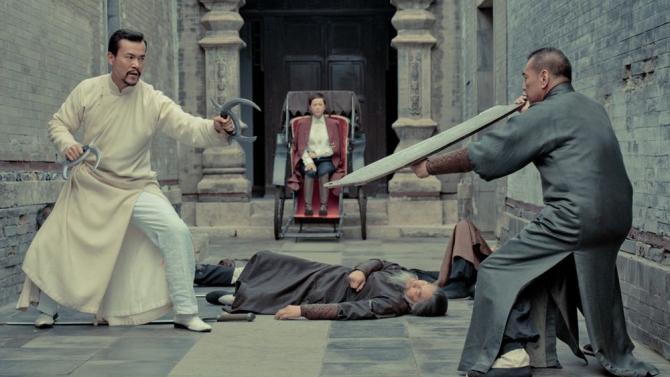