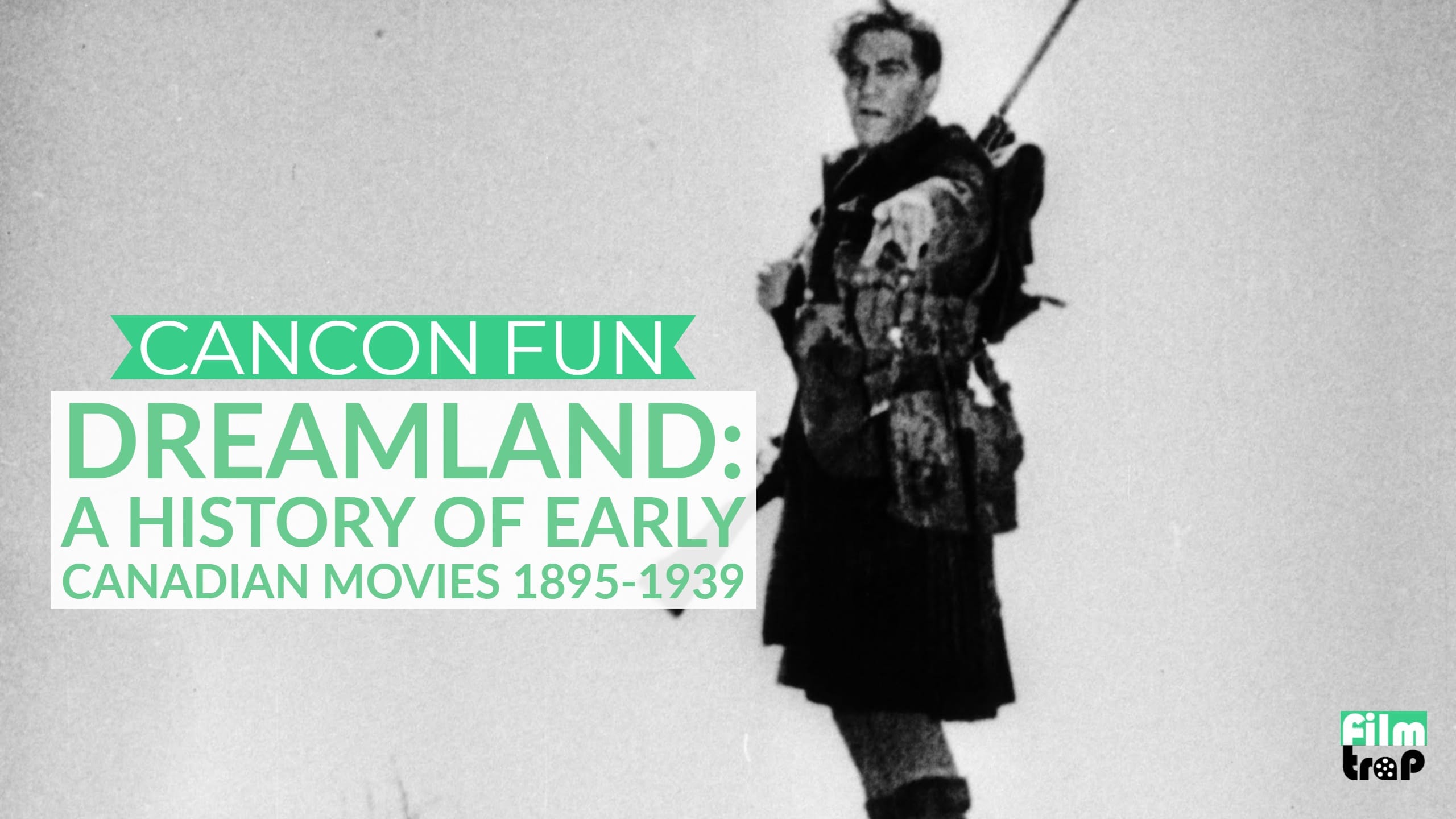 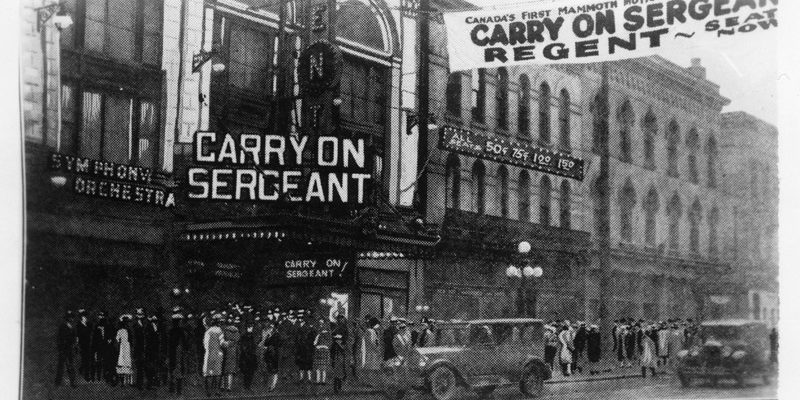 A few months ago, I was surprised to read there was a 1974 documentary called Dreamland: A History of Early Canadian Movies 1895-1939. “Wow,” I thought to myself “There was enough Canadian Cinema during that time to warrant a whole documentary?”

Canada was first in line when it came to opening buildings dedicated to the projection of films,  but filmmaking of that time period only produced a few big-budget flops (like the 1928 WWI epic Carry on Sergeant) and some educational short pieces (Like the Canadian Cameo films ) It was a time of discovery, but mostly one of fear, uncertainty, and creative cowardice. Everyone that tasted success would quickly hightail it to Hollywood because Canada simply didn’t have a system that could support regular production. Oh, how times have changed. Ha.

Canada was principally seen as a wild place where mounties roamed and people had animal filled adventures. The country was a popular subject, but one whose fanciful stories were told by filmmakers in the states like D.W Griffith and Cecil B. Demille. The majority of the work that appears to be ‘Canadian’ from that time was mostly shot in California (like the majority of 1919’s Back to God’s Country) or were American productions that filmed in Canada for money-saving reasons, the most notorious being the ‘Quota Quickies’: A series of cheap B-Movies that shot in Canada because that would technically qualify them as ‘British’, and that allowed the films to be released in the UK during a time of strict distribution limitations. 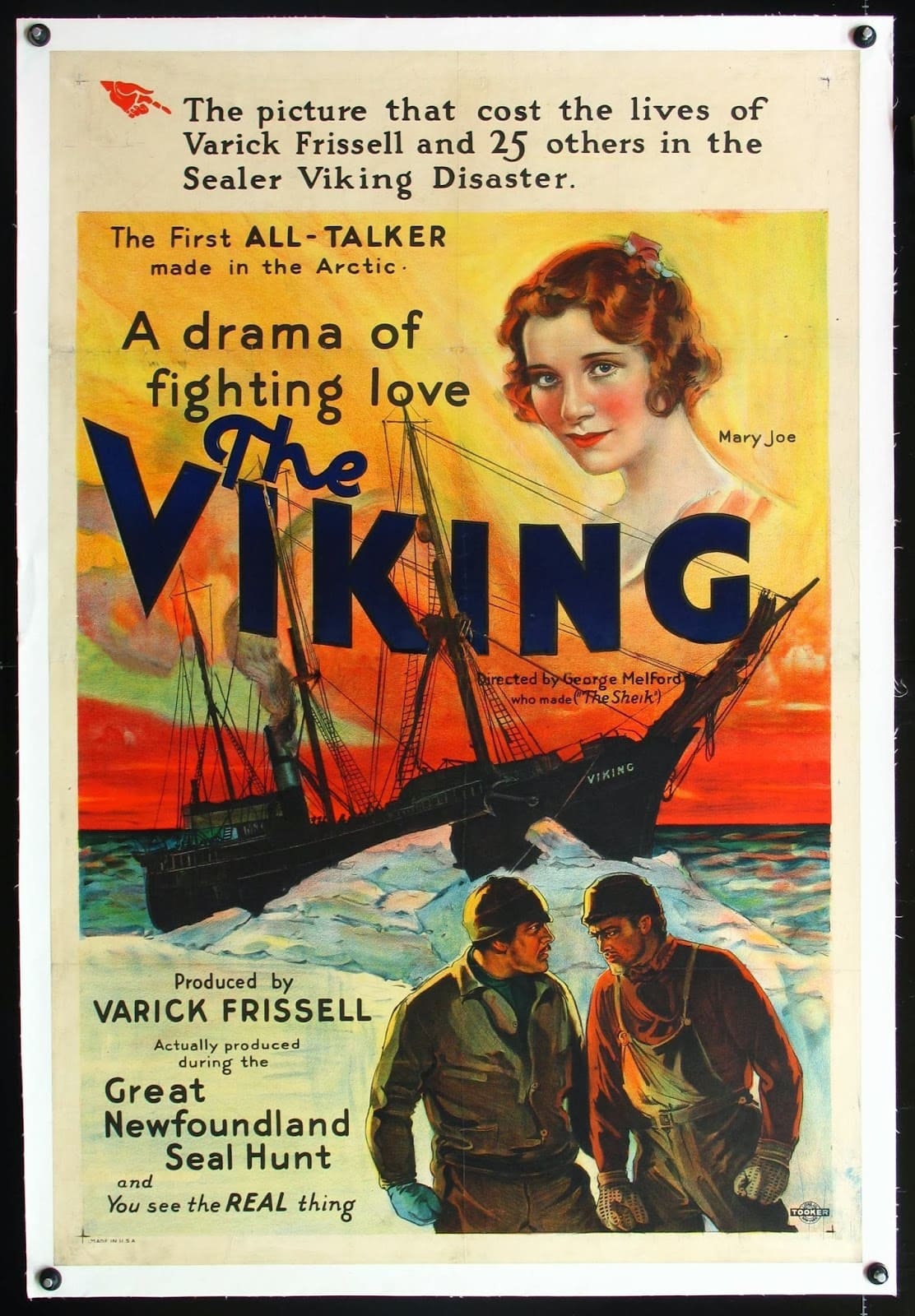 In Donald Brittain’s documentary on the period, there’s only handful of stories to tell, and very few people left to interview, so he leans in heavily into clips. We get a few shorts in their entirety,  rare photographs from lost films, and a handful of feature excerpts (Most that can only shakily be considered Canadian). I’m not usually a fan of clip-shows, but in this case, there’s undoubtedly value in seeing all of the films in one place. Plus, we do get a few depressing stories, like the fact that in the 30’s there were only twelve directors working in Canada. One of the directors says he was employed by a production company that only made shorts because they were terrified that if they made a successful feature, there would be an economic retaliation from the United States.

The documentary is currently not available in an easily accessible form. I watched it at the Toronto Reference Library, but I believe the NFB can be contacted for screening purposes.

There is also a book written on the subject called Embattled Shadows: A History of Canadian Cinema, 1895-1939 (92) by Peter Morris, but I haven’t read it yet. 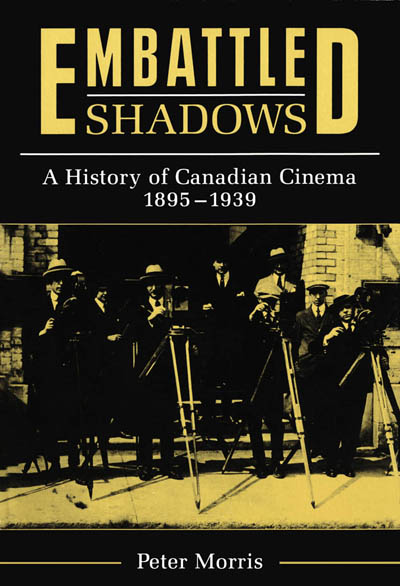