Logan’s Run – The Future is Pointless

As a self-proclaimed Science Fiction buff, I probably should have already seen “Logan’s Run.” But I feel like it fell into the category of a “classic” that I already knew the plot and concept of, so didn’t rush to see it for myself. That’s what local library sales are good for. So, fifty cents later, I was ready to go all in for some good old school Sci-Fi. Sadly though, I quickly learned that “Logan’s Run” is far from good.

This movie has not aged well, the miniatures of the futuristic domed cities look like the Deep 13 models from MST3k covered in bubble wrap.

To be honest I can get over a movie feeling dated, but “Logan’s Run” is just silly science fiction. We have an utopian post-apocalyptic society, run by a central computing system that has people “renewed” at age 30. The renewal is a sham, but only because these people apparently didn’t come from a society like ours where there are tons of terrible future society movies like this one. If they were all jaded and angry at us they would never stand for these silly future shenanigans. 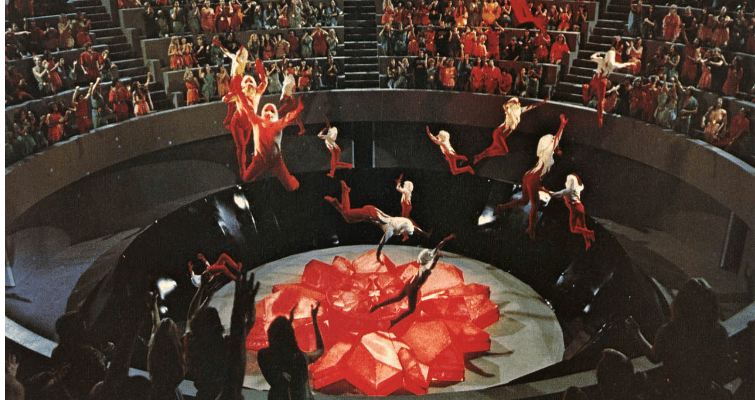 Which leads me to the carousel scene, with its Cirque de Soleil style renewal process.

Basically, the 30-year-olds who are up for renewal stand inside it and float into the sky as their peers cheer them on. When they make their way to the top of the carousel, poof! They explode. Cue cheers from the blood-thirsty crowd, and scene. Now maybe that doesn’t seem silly to you but, really think about the concept of a person, people, or even a computer taking the time to design this system.

“You know what this society needs???? A giant arena style bug zapper!”

Maybe, just maybe, the world was destroyed by trapeze artists and their ilk. So the designers actually made this machine to protect the people from the scourge of those tights wearing heathens.

Even so, I can try to forget about silly future tech if the story is good. It’s not. The overlord computer tells Michael York that 1056 people have escaped this place and wants him to go out into the world and find them, and their home of Sanctuary. Apparently the overlord computer holds a grudge.

Anyway, it seems simple enough, chase down the old people fugitives and kill them. Until you remember that at 30, all people are zapped and replaced by the next clones of themselves. So, that means our “Hero” is sent to find and kill the people who escaped into the apparently deadly post-apocalyptic outside world and will never be coming back to the city anyways. With these escapees most likely dead, this whole plot becomes an exercise in pointlessness.

I feel like they have over complicated this whole thing. Killing people who escape, and a floating murder room seem to be an extreme solution for a problem that can be solved by a first-come, first-serve sign up sheet. But no, in this world the computer needs people to live until 30, because… reasons. It would be more believable if the city needed these people to be in their prime so it can get the best years of labour from them. Yet, the computer does all the work in the bubbles… so why kill them at all?

So after all this we make our way to the ending as the super computer that runs the whole bubble society asks York where Sanctuary is. When he answers, the massive super computer doesn’t understand and explodes. Just like that. It’s good computers nowadays don’t actually work that way, or Siri would have blown up countless phones by now. For a supposed classic “Logan’s Run” falls into the worst of the sci-fi genres tropes. I wanted to originally write that for its time “Logan’s Run” might have been worthy of this classic title, until I found out that “Star Wars” was released only 11 months after it. 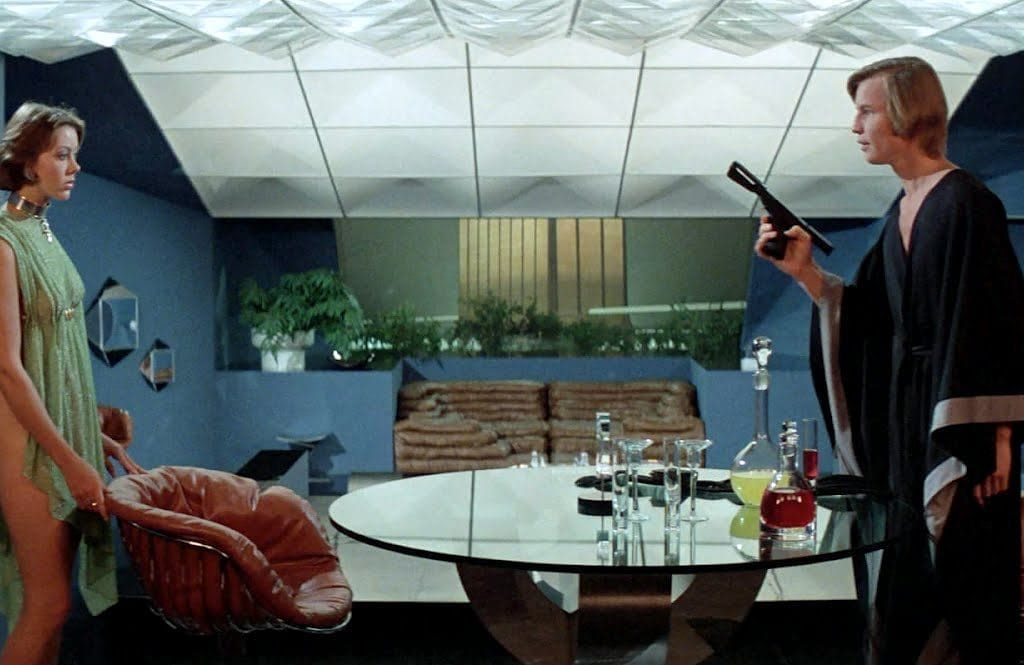 If you are a science fiction nut, you have probably seen this. But if not, you should watch it at least once, maybe even as a double header with “Star Wars” just to see why the latter film changed how people see sci-fi films. But, If you aren’t into the genre, you can easily skip this so called, classic.