ICC #160 – The Death Defying Adventures of the Doomed Movie Serials 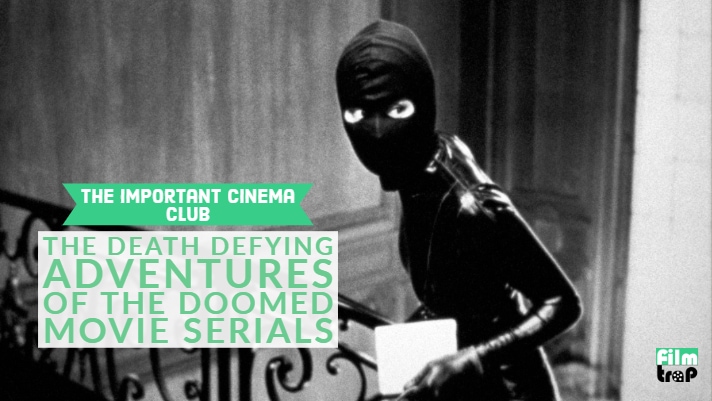 We discuss the world of movie serials from Louis Feuillade’s LES VAMPIRES to William Witney’s ADVENTURE OF CAPTAIN MARVEL. Action! Adventure! Cliffhangers! Will we cover all the bases or are we doomed to perish in a volcano? You’ll have to tune in to find out!

Become a Patreon subscriber for $5 a month and get an exclusive episode every week! This week on our Patreon we discuss TERMINATOR 2.

Adventures of Captain Marvel is a 1941 American 12-chapter black-and-white movie serial from Republic Pictures, produced by Hiram S. Brown, Jr., directed by John English and William Witney, that stars Tom Tyler in the title role of Captain Marvel and Frank Coghlan, Jr. as his alter ego, Billy Batson. This serial was adapted from the popular Captain Marvel comic book character then appearing in Fawcett Comics publications Whiz Comics and Captain Marvel Adventures. Adventures of Captain Marvel was the 21st of 66 film serials produced by Republic and their first comic book character adaptation (not counting comic strips). The serial featured the Fawcett Comics superhero, placed within an original screen story. Captain Marvel fights a masked criminal mastermind called the Scorpion, who is determined to gain control of an ancient weapon. It is made in the form of a large metallic scorpion with adjustable legs, tail, and removable lenses that must be properly aligned in order to activate its powerful ray.

Les Vampires is a 1915–16 French silent crime serial film written and directed by Louis Feuillade. Set in Paris, it stars Édouard Mathé, Musidora and Marcel Lévesque. The main characters are a journalist and his friend who become involved in trying to uncover and stop a bizarre underground Apache gang, known as The Vampires (who are not the mythological beings their name suggests). The serial consists of ten episodes, which vary greatly in length. Being roughly 7 hours long, it is considered one of the longest films ever made. It was produced and distributed by Feuillade’s company Gaumont. Due to its stylistic similarities with Feuillade’s other crime serials Fantômas and Judex, the three are often considered a trilogy.