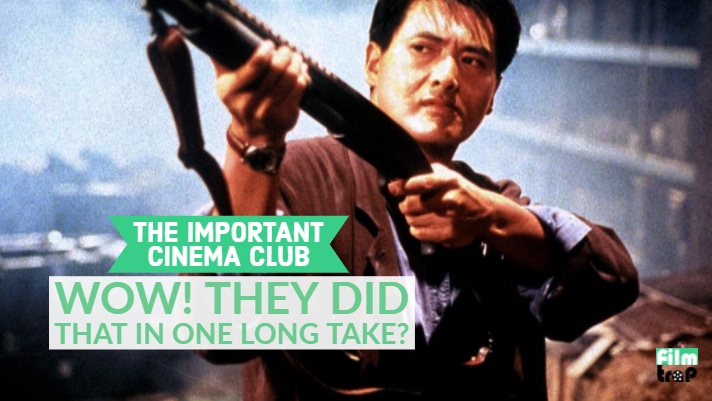 We discuss the long take and what it means to cinematic style through the films I AM CUBA, HARD BOILED, TOUCH OF EVIL, GOODFELLAS and all of our other favorites.

On this week’s Patreon episodes, we discuss Jerry Lewis’ book THE TOTAL FILMMAKER. Join for five dollars a month and get a brand new exclusive episode of ICC every week.

I AM CUBA (1964): “This study of Cuba–partially written by renowned poet Yevgeny Yevtushenko–captures the island just before it made the transition to a post-revolutionary society. Moving from city to country and back again, I AM CUBA examines the various problems caused by political oppression as well as by great discrepancies in wealth and power. Beginning in Havana in the pre-Castro era, we see how foreigners contributed to the city’s prostitution and poverty; this sequence features dreamy, hallucinogenic camera work that creates a feeling of unease and dislocation. Then, in glorious images of palm tress and fertile land, the film looks at the sugar cane fields in the countryside, and the difficulties faced by peasants working the land. Finally, back in the city again, leftist students battle the police and a corrupt government–and pay a high price for their rebellion.” – IMDB

Goodfellas (1990): “A young man grows up in the mob and works very hard to advance himself through the ranks. He enjoys his life of money and luxury, but is oblivious to the horror that he causes. A drug addiction and a few mistakes ultimately unravel his climb to the top. Based on the book “Wiseguy” by Nicholas Pileggi.” – IMDB

Touch of Evil (1958): “When a car bomb explodes on the American side of the U.S./Mexico border, Mexican drug enforcement agent Miguel Vargas (Charlton Heston) begins his investigation, along with American police captain Hank Quinlan (Orson Welles). When Vargas begins to suspect that Quinlan and his shady partner, Menzies (Joseph Calleia), are planting evidence to frame an innocent man, his investigations into their possible corruption quickly put himself and his new bride, Susie (Janet Leigh), in jeopardy.” – IMDB