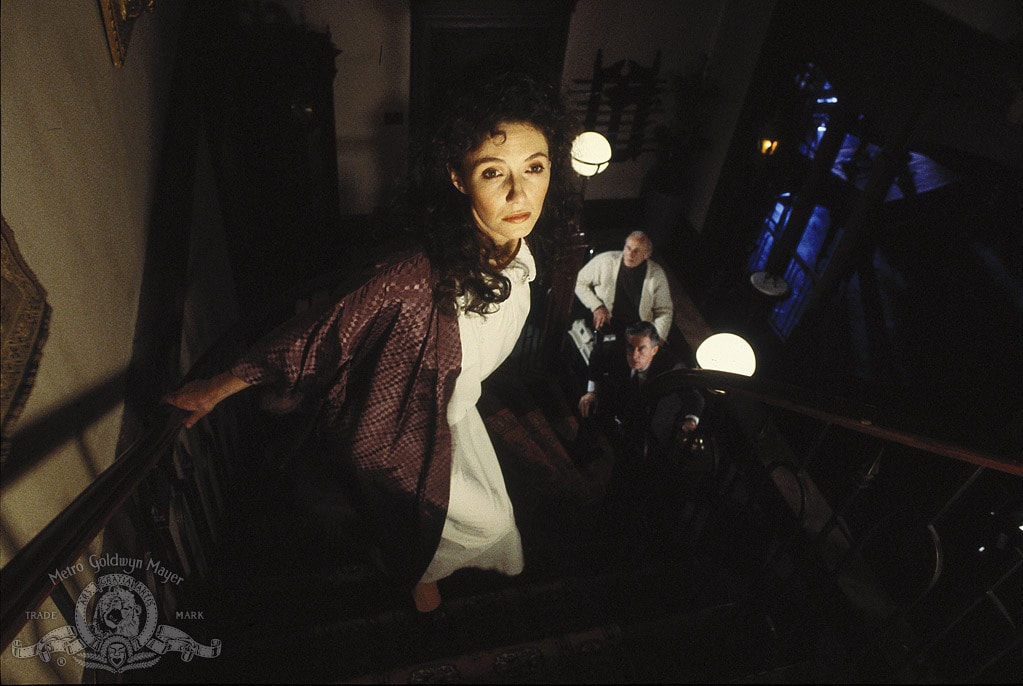 Canadian winters are so magical and wonderful. Ask any Canadian, we’ll tell you, we love the snow and we love traipsing around snowy hills up in the bush with no contact to the outside world. It’s great. Especially when creepy blackmail is afoot. Well I mean, we need to have SOMETHING to keep us busy in the winter. Murder mysteries are perfect for that.

Dead of Winter definitely doesn’t star Canadians, but it is a creepy winter murder mystery, and it was shot in Ontario. Therefore I’m instantly interested, because I’m a bit of a sucker for movies set in places that look familiar to me. It stars Mary Steenburgen, who is seriously amazing in this film, acting out three different characters entirely. 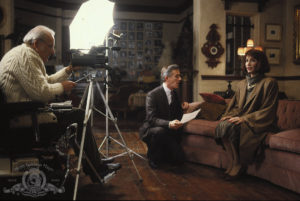 Steenburgen is an actor looking for literally any part. She’s got bills to pay, and her husband (a photographer with a broken leg – a nod to Rear Window) is out of work because of mobility issues. So obviously she goes on this creepy ass audition. I mean, alarm bells should have been going off when the casting director told her she’d have to go upstate for a week for a “makeover” to take over the role of an actor who mysteriously disappeared from the film. Who the heck would leave L.A. for a makeover? 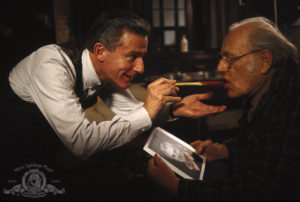 It takes a little while for the story to reveal itself which I think is a really strong point in Dead of Winter. It’s not slow by any means, but it keeps you guessing. Steenburgen heads upstate with the casting director to this very off the grid mansion out in the woods. I’ll note, there’s a really aggressive snow storm happening, and the phone lines are out, essential plot points for a very suspenseful film. There’s an older doctor there, and it’s revealed that the casting director is actually his assistant. But it’s confusing, and it confuses Steenbergen too.

So they carry on and give her a makeover, then they make a “demo” video to send to the director of this film. The doctor and assistant are getting increasingly creepy and whispery, and Steenbergen still can’t use the phone to get in touch with her husband who is now freaking out, several counties over. Can you guess where this is going? 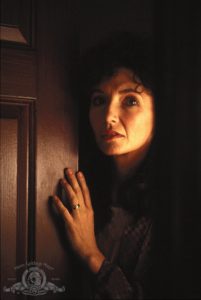 I only got so far in my theories about where the plot was going next, until suddenly all of these really interesting little pieces were revealed. The timing of this mystery is so great, because it really keeps you just as much in the dark as it keeps Steenbergen. You really get to travel through the horrors with her as opposed to watching her experience them. It’s great!

As noted in other reviews I’ve written, I love it when characters in horror movies get really pragmatic. Steenbergen is finally placed in a situation where nobody believes her; they think she’s a mental health patient staying in the house who’s suffering from psychosis. She gets really, seriously crafty and faces her threats head on with every ounce of smarts she has, and she has a lot of smarts.

I would definitely recommend this film to mystery/horror/suspense lovers because I think, like me, people will really appreciate the ingenuity of Steenbergen, not to mention her killer performance. She was Orphan Black before it was Orphan Black. Go see this movie.