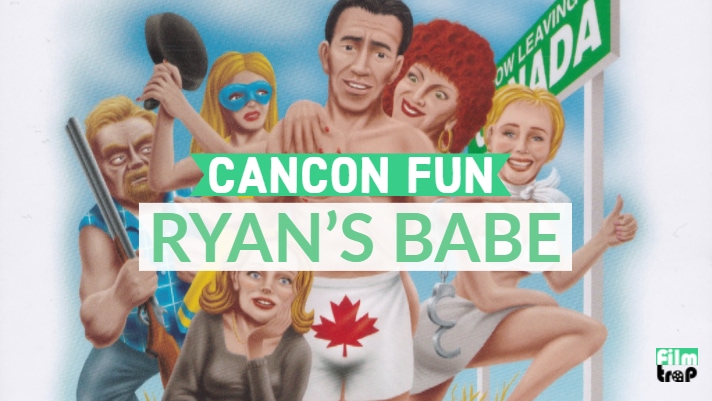 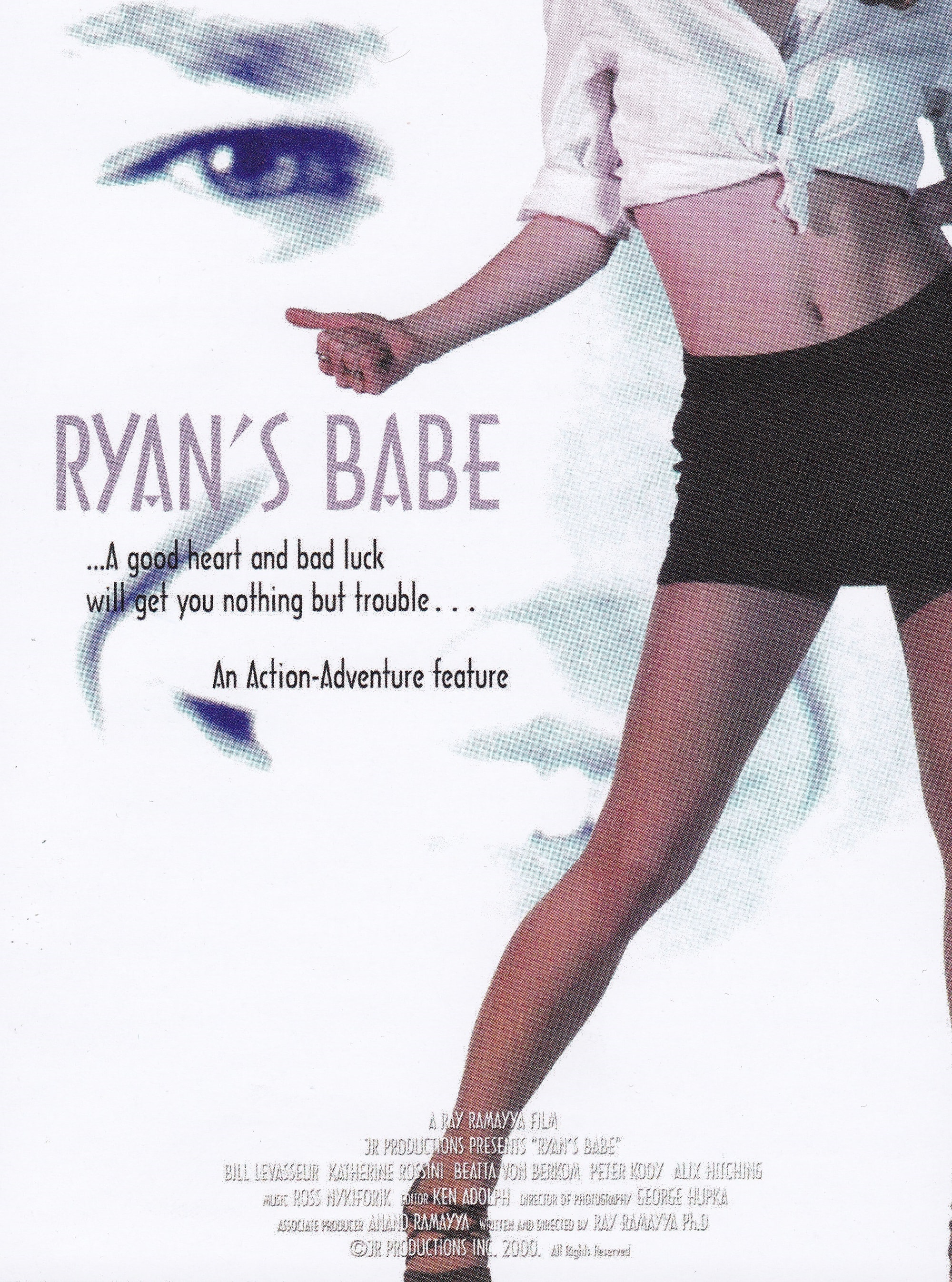 It bums me out when someone says “Oh dude, that movie is worse than THE ROOM!”  It’s a smug comparison that straightjackets and cheapens offbeat slices of cinema.  What about the works of The Kuchar Brothers? The passionate visions of Ed Wood? Can’t we all think outside of The Room for once?

Yet, sometimes it’s an inescapable comparison: Ryan’s Babe has the same hazy 90’s cinematography, the similar sense of drama beamed in from another dimension, and a director that has a…well…very particular vision. 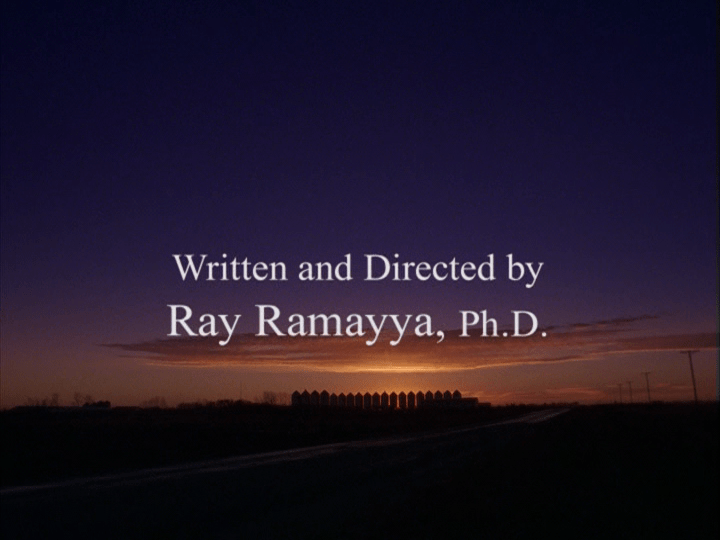 The film opens with a man and a woman walking through a forest. The man pulls a gun and a struggle ensues (which causes the woman’s shirt to rip off!?)  She makes a break for it, flags down a car, and takes its driver hostage, the titular Ryan portrayed by the blandly hunky Bill Levasseur (Cafe Waiter from Days of Our Lives). I logically expected the film to turn into a hostage-captor story, but nope, director/writer Ray Ramayya gets bored five minutes later and Ryan drop off the woman at the airport, never to be seen again.

This is the structure of the entire film.

Ryan meets a woman, she gets him in trouble, and then he ditches her. You see, Ryan is on the road because his childhood friend attempted to commit suicide when jerkface Ryan didn’t return her affection, and when her father came after him with a shotgun, Ryan was forced to go on the run. He aimlessly travels from Saskatchewan to Arizona and runs into con-artists, vengeful cheerleaders, and gold-digging stepmothers.  It’s as scattershot as it sounds, and plays like an episodic adventure where you only see half of an episode before it skips forward to the next unrelated incident. 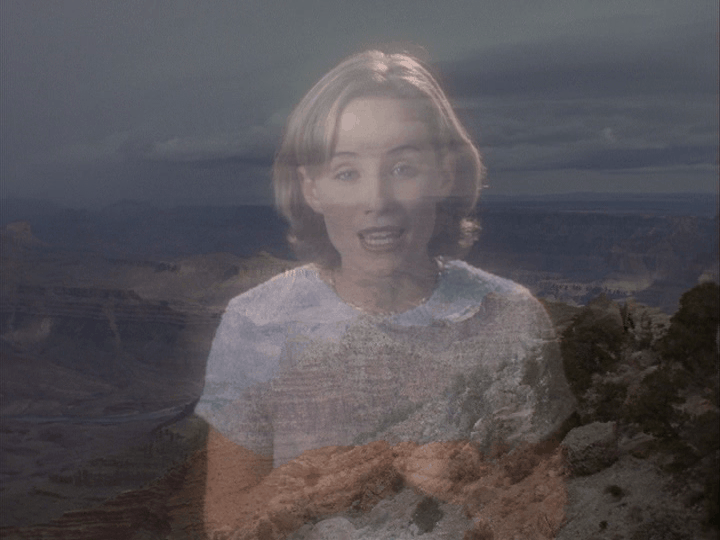 During his wanderings, every woman Ryan meets is either a murderous monster, a princess that needs to be saved, or a wacko nutjob. It’s misogynistic stuff (Just like THE ROOM), but laughably on the nose and straight-faced to the extreme. Ryan has no direction, no goals, and no personality beyond one that high-tails it when things get tough. He is a shell of a man with a bemused smile permanently plastered to his face. At one point, he gets a job at a hotel and works for a while, because everyone has to pay the bills (even when you’re trapped in a 90-minute movie). It’s the kind of anti-story stuff that could only happen in a film that was independently funded from top to bottom.

But is it entertaining? Oh, absolutely! It may not have the highs of THE ROOM, but it moves like a bullet, jumping from one goofy scenario to the next. And every actor is sloppily post-dubbed, which give the auto-translated script, an extra slice of charming disconnect.

Never properly released on video, Ryan’s Babe was saved from the dumpster (literally) by one of the founders of Videonomicon, the only DVD/VHS label run out of a video store in Saskatchewan, and it’s given the gold plated treatment in its digital debut. There’s a commentary track, interviews with the star and director, and even a whole other feature film by Ray Ramaya entitled Seetha & Carole.

You can purchase the DVD directly here. Get it now and be the cool kid who knows all the weirdest films no one has ever heard about. 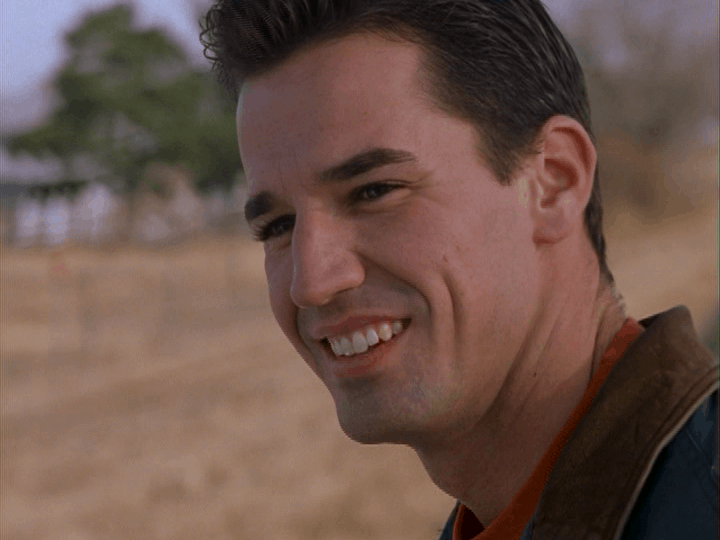