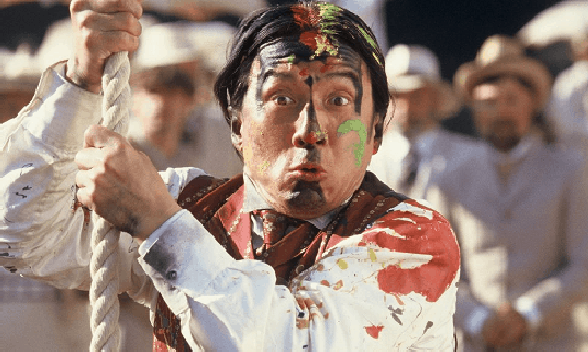 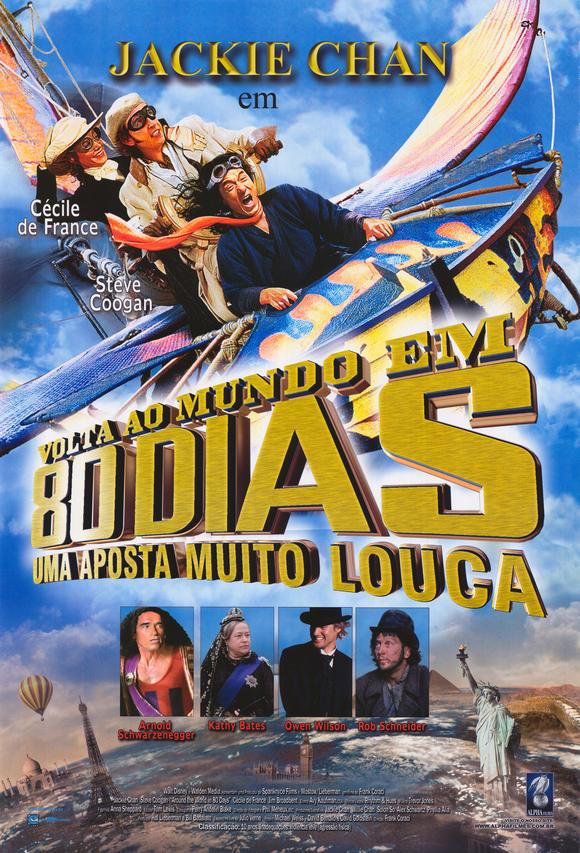 I’m going on the record now. I think AROUND THE WORLD IN 80 DAYS is Jackie Chan’s best American movie.

I’ll wait for a moment to let everyone finish gasping.

Lets break it down for a moment. What has Jackie Chan actually done in America? The Rush Hour films? They’re okay, but not especially funny, the fights are fine, and holy cow is the film unfunny. Watch them again and throw that nostalgia away. Yea, not so good. The Shanghai Noon films? I like those films fine, they have good fights in them, but they don’t quite have that inventive spark of Chan’s best. They coast a little too freely on Owen Wilson’s slow drawl. Finally, there’s the sad pack of sadness Jackie has suffered through before he went back to China: The Tuxedo (Urgh), The Medallion (Boooooo), The Spy Next Door (Yikes). 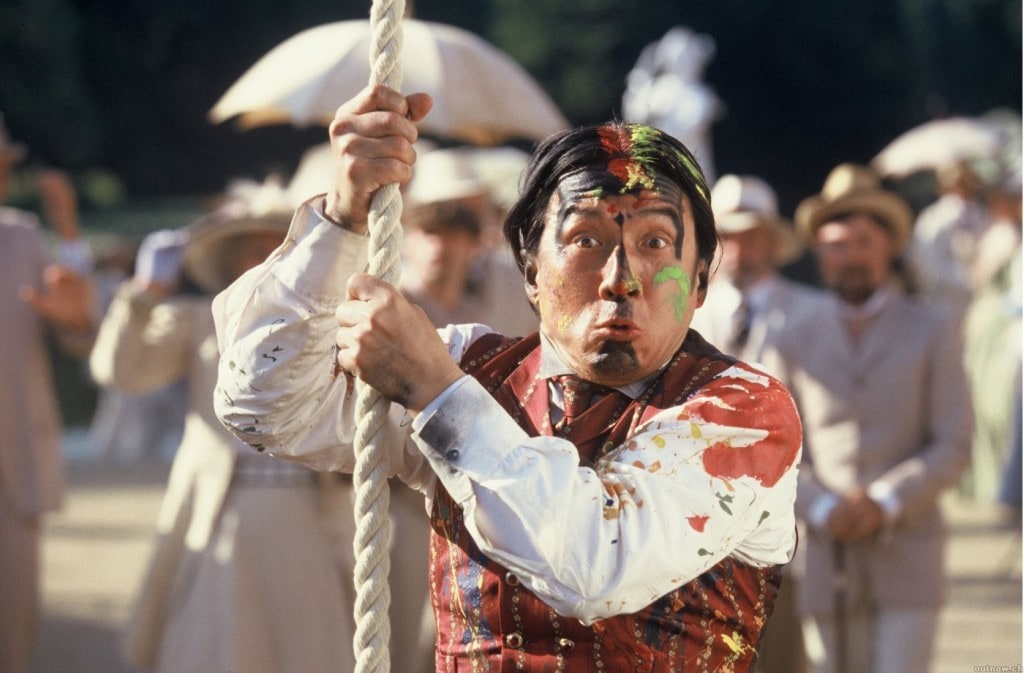 AROUND may be a Disney film directed by the guy who made CLICK (and other Adam Sandler opuses), but there’s a satisfying respect for Chan as a performer. All the fights are played in wides and are filled with classic Chan gags – he paints a picture with his punches, he bench fights, and he fights on the top of the Statue of Liberty. It would be nice to see them play out without inter cutting with comedy bits, but that’s just the result of North American editors feeling audience’s would go numb (wrong) if they played out in their entirety.

Beyond the fights in the film, the rest is timid (but fast moving) fun. Steve Coogan as Phileas Fogg is playing the same doofus character he has mastered over his career, the globe trotting story keeps things moving, and there’s tons of cameos to keep you busy. Yes, there’s Rob Schneider and a hammy ham of a ham Arnold Schwarzenegger, but the Hong Kong cast is stacked: Ken Lo, David Wu, Karen Mok, and Sammo Freaking Hung all get a chance in front of the camera. It’s a refreshingly diverse and a great “Hey! That actor!” game for Hong Kong cinema fans. Oh, and there’s Celine de France, the co-star of HIGH TENSION!

This may read like a soft recommendation, but that’s only because I’m comparing it to Chan’s other North American films. And they really suck. This one does not suck. It’s actual guilt free fun with a little flair. Watch it. I know you haven’t yet.